Ain’t this the truth? 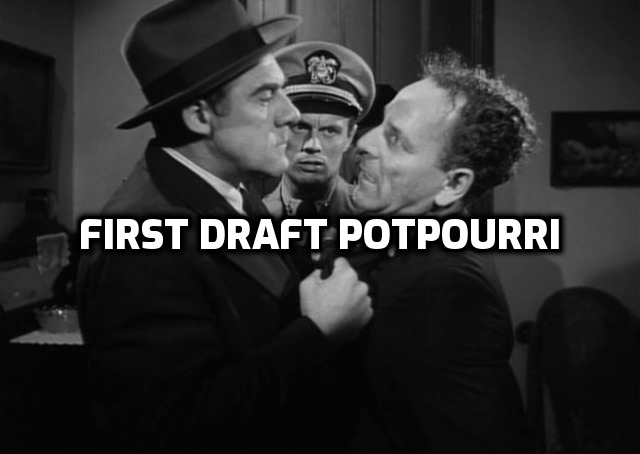 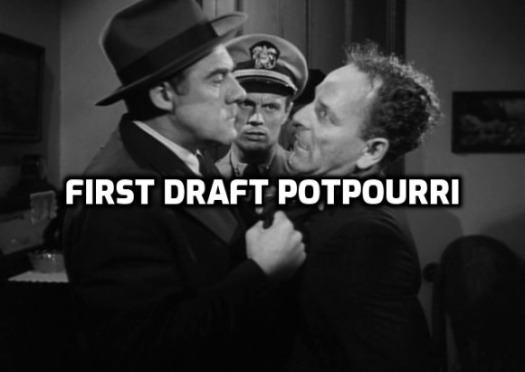 I’ve been meaning to write about the “return” of big-time American sports. I’ve been a skeptic and a critic. They claim to have plans and safety protocols, but they seem to be winging it. It’s the current national style, after all. Of course, using President* Pennywise as a role model strikes me as injudicious at best, disastrous at worst.

I thought that baseball was the sport that *might* be able to do it since social distancing is built into the game. Unfortunately, baseball is run by greedy idiots who only care about money. Sounds mighty Trumpy to me, y’all. And I’m talking about the owners *and* the players. I’ve wished a pox on both their houses for years, but I never meant it literally.

The WaPo’s Sally Jenkins brilliantly sums up why this “return” was doomed:

We were given a job to do if we wanted our games back, a…

Thomas Wyatt wrote this about Anne Boleyn, whom he knew from early childhood & loved.  Although he was accused of being one of her lovers, he escaped the executioner.  He died of a fever of 1542 at the age of thirty-nine.  This sonnet is scanned from the book, The Art of the Sonnet, edited by Stephen Burt & David Mikics.  It’s one of my favorite poetry books. 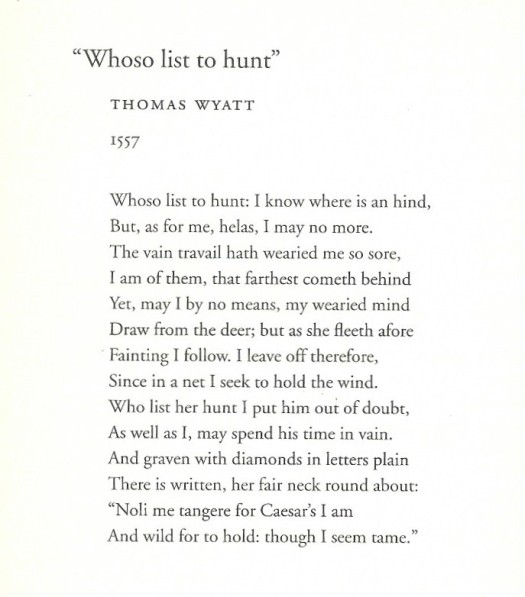 Copyright 2010 by the President & Fellows of Harvard College

I had chicken pox as a baby (I don’t remember it) but I’ve had shingles THREE TIMES, the first time when I was EIGHT years old. It’s not just for old farts! In fact, the last time I had it, I was only thirty-seven years old! I hope NEVER to go through that hell again but I suppose I probably will. I’m only sixty years old & in generally good health.

COVID-19 is nothing to laugh off & yet I hear people talking about it as if it’s nothing more than “the seasonal flu”. I don’t know if they’re ignorant of the facts, in denial, or they just don’t care. Maybe a mixture of all three. I get it … what’s gonna happen is gonna happen … but we DO have some control over our lives. & every single one of us touches the lives of every person with whom we meet. Every. Single. Person.

Time to get real.

We’ve been on the path to fascism since the enactment of the Patriot Act in 2001 & the creation of the Department of Homeland Security.

By Robert A. Vella

“The Founding Fathers tried to protect us from the threat they knew, the tyranny that overcame ancient democracy. Today, our political order faces new threats, not unlike the totalitarianism of the twentieth century. We are no wiser than the Europeans who saw democracy yield to fascism, Nazism, or communism. Our one advantage is that we might learn from their experience.” – Timothy Snyder, ON TYRANNY

Timothy Snyder is Housum Professor of History at Yale University and a permanent fellow at the Institute for Human Sciences. He received his doctorate from the University of Oxford in 1997, where he was a British Marshall Scholar. He has held fellowships in Paris, Vienna, and Warsaw, and an Academy Scholarship at Harvard.

My mother recently sold her house and moved into an “Active Adult Apartment” complex near my youngest brother, so I was able to get some really nice furniture that have been in the family for many years.  This is a dresser that my great-grandfather made over one hundred years ago.  Naturally, Radar had to check it out to make sure that it was cat-friendly: 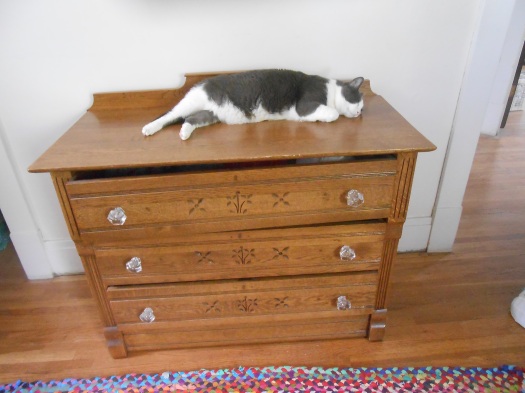 He seems to be quite comfortable on it!

I don’t usually watch videos or listen to podcasts but this is WORTH EVERY MINUTE.

This is pretty good. There’s a point in this nearly 10-minute video where he warns you that you are about to gasp. I gasped. The implication of what Beau says is staggering because it is probably true: we are an occupied country.

I spent twenty-three years as a registered nurse and had occasion to administer the Montreal Cognitive Assessment (MoCA) to patients who were residents in the long-term care facility where I was employed. The various tasks assigned to the patient are part of a very rudimentary screening tool designed to determine if there is a need for more specialized evaluations and scans for diagnosis and treatment. The questions are therefore not meant to be ‘hard’, as they do not require any actual knowledge of anything, only the ability to follow directions and remember things someone just told you to remember.

Trump challenged Fox’s Chris Wallace to take the MoCA, particularly the last 5 questions. Wallace recalled the one calling for “counting backwards by 7 from 100”, and Trump repeated his claims that the person administering the test was impressed by Trump’s ability to answer those questions correctly. Wallace is heard saying… 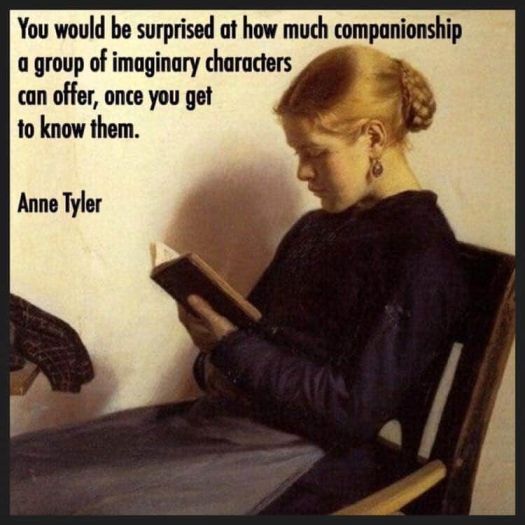 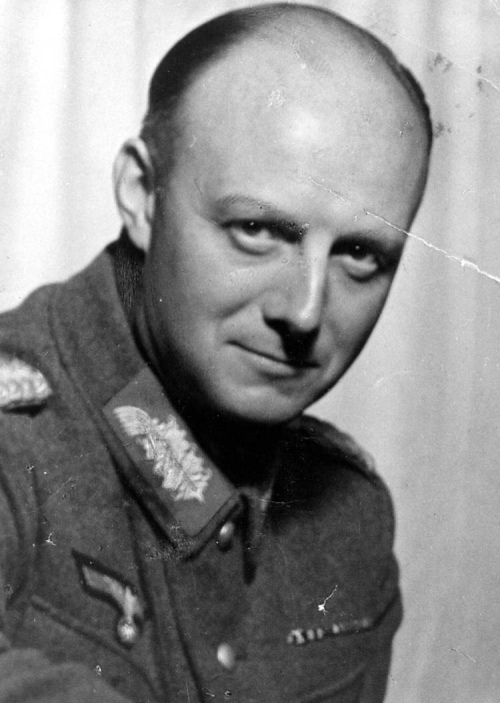 There are times that resistance seems almost hopeless. Today, with DHS officers in combat gear sweeping the streets of cities in which the were not invited, I am watching events that I never thought possible in our country. The whole action seems reminiscent of Hitler’s Nacht und Nebel (Night and Fog) order which disappeared people all over Europe being re-enacted here. Now some 76 years today a group of German military officers and civilians attempted to kill Adolf Hitler and end the Nazi dictatorship, patriotic Americans are having to chose between serving a criminal administration which despises the Constitution, our laws, and our institutional guardrails that prevent any one branch of government or agency can establish itself as an authoritarian dictatorship.