It may be the only weapon we have.

I came across this piece by Nicholas Kristof yesterday and thought it quite fitting!  Rather like a spoiled toddler, Trump thrives on attention, even negative attention, but the one thing he cannot stand is to be made fun of, to be mocked.  And let’s face it … there is much to mock from his inability to string together a coherent sentence to that creature residing atop his head!

To Beat Trump, Mock Him 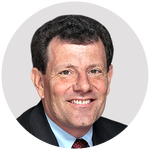 Can critics of President Trump learn something from pro-democracy movements in other countries?

Most Americans don’t have much experience confronting authoritarian rulers, but people around the globe are veterans of such struggles. And the most important lesson arguably is “laughtivism”: the power of mockery.

Denouncing dictators has its place, but sly wit sometimes deflates them more effectively. Shaking one’s fist at a…